Published by The Standard:
The wider south-west community will have the chance to support farmers hit by the St Patrick’s Day fires at a charity event and auction at Colac on Saturday, April 21.

Joint event coordinator Alana Pittard from the ANZ bank said several fund raisers had already been held in the fire areas but the April 21 event would give people further afield an opportunity to also support farmers to recover from the devastating fires.

Ms Pittard said people from throughout the south-west were being encouraged to attend the event and buses would travel routes across the region to take people to the fund raiser.

She said the night hoped to raise at least $20,000 to buy 300 tonnes of fodder and provide other assistance to fire-hit farmers.

Proceeds from the night will go towards the “Need for Feed” project that provides fodder for livestock in fire areas and to Blaze Aid that helps farmers replace burnt fencing and other assets.

Ms Pittard said more than $10,000 in goods and services and cash had so far been donated for the auction and other fund raising activities on the night.

The fund raiser is being organised by the ANZ bank and One Agency Real Estate who have rallied their network of community and business associates to get behind the event. 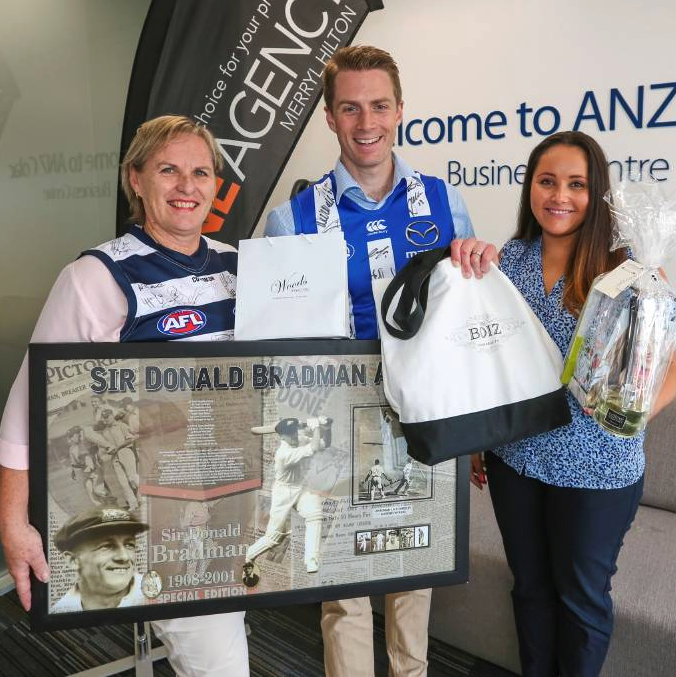 “Merryl Hilton from One Agency said the outpouring of support for the event had been overwhelming. ”

ANZ regional executive Dale Camm said the event was a great opportunity to support one of the region’s integral industries.

“Our farmers and their families make significant social and economic contributions to the surrounding communities so not surprisingly many of our local business contacts have jumped at the chance to support those affected by the recent and devastating fires,” he said.

Merryl Hilton from One Agency said the outpouring of support for the event had been overwhelming.

The fund raiser will be held at the Colac City Bowls Club in Gravesend Street, Colac from 6.30pm. Earlier plans to hold the event at the Colac RSL were changed to provide more room.

Buses will make return trips to Colac from Warrnambool for the event, stopping at Camperdown, Terang and Cobden.

Read this article in full published by The Standard here.

Photo caption & credit:
Doing their bit: One Agency's Merryl Hilton, left, with ANZ's Dale Camm and Alana Pittard show some of the items to be auctioned at the fire relief auction on April 21. Picture: Tammy Brown